We’ve all seen these beginners. We may have even been these beginners – I know I have. These lost souls can often be found sharing their “hustle” on social networks, drinking 3 cups of coffee and a RedBull to get them in the “zone” so they can work for a full 72 minutes, passionately describing an idea that will surely work but they’re currently not doing it because of [insert reason here], talking about how much of a fast learner they are, and occasionally buying Tai Lopez courses.

The beginners (who oftentimes stay like this forever) are the ones who rarely do anything significant, although they think and they’d swear they are. The ones who work on one subpar website or project while you do five knowing they all may fail. The ones who will describe the latest new “trends” to you. The ones who will tell you how to run your business and what you’re doing wrong. The ones you may outsource simple tasks to and they will find a way to mess up.

This isn’t my normal article, but if any of its content offends you, perhaps it’s time to reflect and reconsider some of your behavior patterns so that you don’t exhibit these qualities that much. Do you find yourself in the examples above? Don’t worry, most of us have been there too, and there’s a cure! Just try to avoid being any of the following:

We’re really going to focus on this one, since the others have a lot of similarities with him. You know him. This is your couch potato buddy. Or maybe someone who always has some idea or improvement for an existing app, yet doesn’t even know how an if-statement works or that companies paying 30% royalties to Apple for subscription-based apps was a real thing. I call these guys Damien, because of my buddy Damien, who always had an app idea.

Damien thought that it would be a great idea to get people to mail you their DNA – however that would even work. His app would then match them with the love of their life. Based on their DNA, of course. So, this app would take your gene that’s interested in Harry Potter and the other one that only cares about getting promiscuous on a Saturday night. and it would find you a soulmate. At least that’s my interpretation of what it would do because Damien could never explain it simply. It’s almost as if he was coming up with the backend in his head on the go, so that he could justify whatever logical objection you may have had.

Damien’s lack of understanding of biology or genetics or human nature or real life meant that thanks to his app, the love of his life that he would be matched and could finally get frisky with would likely be his sister. Or maybe his dad. Actual details about how things would work are irrelevant for the “app idea” dude. All that matters is the idea. Nevermind the fact that he didn’t have a single semi-successful venture with has name on it, other than perhaps turning in his homework on time.

But, these objections wouldn’t stop Damien. It’s just the haters hating. He had a backup plan. And the backup plan was a fashion app that told you how to dress based on a pro’s opinion. Regardless of his sexual orientation, this “pro” is supposed to tell you how you should dress (because f*ck your taste), and you are supposed to pay him $100 per month to do so. No way that wouldn’t work. So why not blow tens of thousands of dollars on developing it.

These are the ones who see the stats and cha-chings before they even know what a successful ad campaign looks like. “All I need to do is run some Facebook ads, and the sales will come!”, you’ll hear them say. All you can do is chuckle because telling how things would be a couple dozen times more complicated than they imagine would be useless.

This is your friend in his late 10s or early 20s who just keeps convincing you to buy cryptocurrency. His biggest regret in life? Not buying Bitcoin two years ago, because he knew for a fact that it would be worth a lot more today. Nevermind the fact his net worth was still 0 even two years ago and he was too lazy to find out how the f*ck to even buy crypto in the first place.

This is someone who follows all the tech trends and is sneaking away from his girlfriend so that he can watch Linus Tech Tips. He barely gets actual working, reliable tech though, since he needs three monitors around him at all times so that he can be more productive, yet spends a significant portion of his time fixing the dead pixels on each of them. He usually goes into debt to get the latest smartphone, only to not be able to afford a screen protector later.

5. The “learning something new” dude

This is your friend who just can’t freaking pick one thing that he wants to do with his life. One week you can see him learning Chinese, and the next one ethical hacking or microbiology. There are online courses for everything, so why not master it all.

This is perhaps the most financially successful one of the bunch because in order to start “outsourcing” he actually need to have funds somehow. These people get way too egoistical way too early and start hiring “SEO agencies” or amateur writers to help them grow their business, while starting to work less than they did in order to make money in the first place. Needless to say, they usually don’t out the right things in place and don’t pick the right people in order for this outsourcing to work, so they just end up breaking the bank and leaving themselves unable to replicate whatever success they initially may have found.

So, how does one work with these individuals?

When it comes to doing real business, these people are best avoided. Whatever initial enthusiasm they may have will fade away when their true [lack of] ability comes to light. The end result of working with them is usually not worth it, since the odds are simply not in your favor if you choose to do so. The best thing to do for them is not argue, but perhaps share this article with them in a passive aggressive way so that they can see what they’re doing wrong.

These aren’t the Elon Musks (heck, I know I ain’t either) of the future, but close to the average post office worker who gets bored too easily and looks for things to do on the side. They usually don’t get as lucky as Charles Bukowski did, as most of these types simply never stick with anything for too long.

It’s not all bad though. Some of them legitimately may think what they’re doing is a good business decision, because of their lack of reference experiences. For those, there is still hope and they may even find their own way some time in the semi-near future. 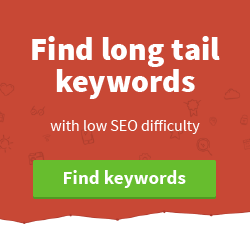